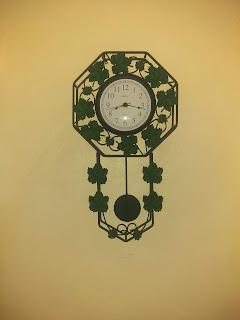 They say time ⏰ is a human construct. It doesn't really exist, except that humans have devised a way to measure it. If this is true, it is good news to the writer, because we are at a constant battle with it. Things have been pretty busy for me lately, which is why I haven't had much time to blog, and is why I've decided to talk about what to do when real life is leaving you with little time to write. I had the end of another semester recently, which is always a busy time of the year. Then I had a honey-do list of activities that was ignored for longer than it should have been. Along with all of this, I've had some personal issues that required a lot of my attention. Obviously, this has left me with little time to write or blog. So I thought I would take some time to talk about what I have accomplished in these last (good lord, has it been almost two months already) since my last blog, and how to steal as much time as possible to write during life's little moments like these.

I did manage to finish the introductory chapter to my book on Frankenstein in film, Franksploitation, and I'm writing the first chapter. My goal is to get a few chapters of this completed before the end of the summer. I also managed to outline the rest of the book, and make lists of films I would like to cover in each of those chapters. Just this week I also managed to write a mystery short story. It's the first mystery I've managed to complete, but not the first I've attempted.

I've read some writers who claim a writer has to write every day, regardless of outside influences. I suppose this may be true if you've already reached the level of writing full time as the main source of your income, but for many of us this is just not realistic. However, I will say the shorter the breaks the better, and it is important to steal a few moments whenever possible. I am much better at night, sometimes just before bed. Sometimes I have to quit because I'm just so sleepy I cannot concentrate any more, but if I can get in even a few hundred words, I call it a victory. If you are more of a morning person, you may want to plan on waking up early.

The main thing is to keep going, keep writing, and keep trying. Even if this means taking breaks that last, days or even weeks. Just don't beat yourself up over it. Write as much as you can whenever you can. I've had a few personal setbacks lately, and it can be hard to remain positive. But when this happens, it is equally important to remain focused on the goals and keep striving to improve.⏰⏰
Posted by Bill "Classic" Camp at 1:15 AM