What I Learned by Having a Mentor 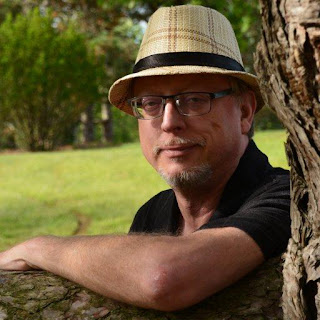 This is author Tim Waggoner. He has been my mentor for the past few months. The mentoring program is over now, but I thought I'd share some of what I learned through the experience.

First let me go over how I got a mentor. I signed up for the Horror Writers Association mentoring program about six months before I was accepted. In fact, I had forgotten I signed up for the mentoring program by the time I was accepted. But it came at an important time. My writing had hit a plateau. I'm finally able to publish one or two short stories or poems a year at some small publications for nominal fees, but I just can't seem to break through to the next level. I'm really hoping the advice he provided will help me be able to publish with more regularity at larger publications. This made me very excited to have acquired a mentor in the first place.

When they told me who my mentor was, I felt like I had some homework to do (and some cyber-stalking). I had heard of him, but needed more information. Turns out, he's published over 40 books, some of which have received some critical acclaim, including the Bram Stoker Award for Superior Achievement in Long Fiction and he was a finalist for the Shirley Jackson Award. He's also published several short story collections. He's even published some novels with movie, television, and video game tie-ins, such as "Supernatural," Nightmare on Elm Street, and Resident Evil. I had to confess I felt a little overwhelmed and out of my league (and I probably was).

Anyway, the first thing I sent him was my completed novel manuscript, The Sorcerer, and then I sent him a sample short story I had recently written. He provided a lot of criticism and advice to improve. One thing of note, If you are planning to become a writer you have to be prepared for all sorts of criticism. Even if you plan on self-publishing you need to be prepared for bad reviews from readers, and arguing with negative reviews only makes you look even more foolish.

His criticism basically broke down to two main ideas. One was that my characters needed to have stronger reactions to supernatural events. I write mainly horror and other genre fiction, so there should be some pretty strong reactions from my characters. There was some, but not enough, not nearly enough. For whatever reason, I could not see how little there was until he mentioned it. I guess that's the power a mentor can have.

The other was that I needed to start using a technique called "scene and sequel." He provided a link to the technique, but I found another that seemed to suit my needs a little better. This is supposed to be the technique that draws readers in and keeps them reading to the very end of a story. I went ahead and made some notes in one of my notebooks about the technique as well, and try to keep it handy whenever I write fiction.

The last thing I sent him was a PowerPoint of several chapters of Frankspoitation, the the non-fiction book I've been working on about Frankenstein films. He was far less critical of this, and felt it helped him see some of these films in a new light. I'm pretty close to sending a few sample chapters to a former professor of mine who's agreed to help me out on it. I'll blog about this again soon.

But the lessons Tim provided me concerning my fiction writing will not be forgotten. He's even agreed to keep in touch so I can ask him further questions when needed. I've since rewritten the short story I sent him and have written a few new ones, hopefully using many of the techniques he suggested. Remember that your story is always yours, ultimately, but feedback is still excruciatingly important. In fact it's crucial. I'm still looking for a critique group either online or in person. I'll keep at it, and hopefully keep improving, and hopefully I've provided some information here that others can use as well.
Posted by Bill "Classic" Camp at 2:50 PM