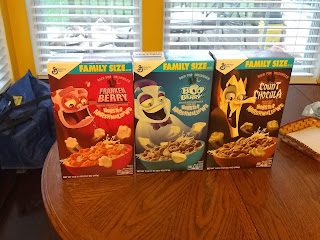 I'd been reading for some time that Twitter is the place for writers these days so I joined a while back. From there I learned that they occasionally have pitch parties, where agents and presses ask you to pitch your book using a specific hashtag. If any agents or acquisitions editors favorite ❤ your pitch, they are asking you send them a query.

The pitch party I participated in was specifically for horror and dark fiction, with the hashtag #PitDark, and here is what I learned. I made several pitches (the rules stated it was okay to make up to one pitch per hour), one general, and several pitches from the perspective of some of the main characters. Only one of my pitches received a ❤, but it was from two different acquisitions editors. This helped me figure out what kind of posts attract the most attention from decision makers in the publishing industry. When I sent the query I changed it a bit to better match the successful Tweet. And by the way, it hinged on the stakes of the story. So makes the stakes large and important.

Last night I sent my two queries, a little wiser about how to write them. By the way the winning Tweet was:

"The Times of London reporter, Leonard Atmore, has been handed the strangest story of his career, but it is so fantastic that if he prints it no one will believe him and his career will be ruined. If he doesn’t print it, hell could take over the earth."

Meantime, don't forget to eat your Monsters cereals. It's that time of year again.
Posted by Bill "Classic" Camp at 11:34 AM