Throwing Shit Against the Wall

I am from a blue-collar town in Pennsylvania, Erie to be exact. For whatever reason, everything up there relates back to various excrements and the crotch. We don't say a business went belly up, we say it went "tits-up." If an idea didn't work out, we say it "shit the bed." It's just part of the colorful way we talk.

So when we're trying all sorts of things to be successful, sometimes we'll say we're just "throwing shit against the wall to see what sticks." For some time now, I've been doing just that, and FINALLY, I have a few things that have stuck. Mind you, most of these things I was working on all summer in the hopes of drumming up some business during my slow time of the year as adjunct faculty. But then when things began to come in, it really began to pour.

First off, I spent part of my summer shopping my resume and a few clippings around to a few of the newspapers in the area to try and drum up business, keep busy, and bring in a few extra dollars. Well, they finally got back to me as soon as classes started again. I'll still work in a few articles into my busy schedule. I feel it is important for a writing teacher to continue writing for an audience anyway. And getting paid for it is always better than not.

Then the poem I sold at the beginning of summer is finally published in Teach. Write. Here it is. I seem to have a regular place to publish some of my more literary works since this is the second time they published my work. I have a personal essay I worked on over the summer that still needs some work, but when I do send it out, I will likely send it to them first. I like the publication a lot, and I think the piece is a good fit for them anyway. Their homepage is here.

Third, and most importantly, I just won the Horror Writers Association Rocky Wood Memorial Scholarship for Non-Fiction Writing for a non-fiction book idea I have on the history of Frankenstein in film. This is actually a really big deal. They split the award between myself and another writer, Joseph Maddrey, who seems like a real heavyweight, having published eight books and written and produced over 50 hours of documentary television. It's a tremendous honor just to be named in the same breath with someone with these kinds of accomplishments.

I'm sure I'll post much more about this scholarship and the project in the coming weeks and months. In the meantime, since winning this scholarship, I've received two more rejection letters in my email, but somehow, they don't seem so bad now. 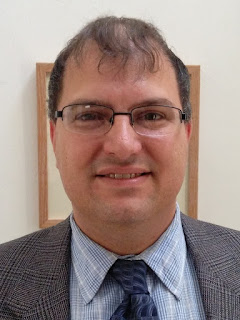