Last blog post I talked about some recent successes I've had as a writer. It's been a while, but I finally have a few. On the other hand, I also had another rejection letter in my inbox the other day too. Anyway, the biggest of those success was winning the Horror Writers Association Rocky Wood Memorial Scholarship for Non-Fiction Writing. This has led to some interesting developments so far. One of the schools I work for, Paul D Camp Community College, set me up to be interviewed by the local newspaper, the Suffolk New Herald,  for an article. I also notified my alma mater magazines. We'll see if they choose to cover this or not.

This is not some ego burst, but an attempt to draw up some interest in the project to hopefully sell books whenever I can finish it and get it to an agent and/or publisher. I'm also working on a presentation for Monster Fest next week on this very project.

I actually applied to both the Rocky Wood Memorial Scholarship and the regular HWA Scholarship. Sometimes you have to throw your hat into many rings before one decides to take you in, just like my last blog post, "Throwing Shit Against the Wall." After they reviewed all applicants for several weeks, I received an email asking if I could be more specific about what I will do with their funds. So I did several things to accomplish this. The easiest was to create a wish list on Amazon.com.

I also knew I might need money for photos for the book, but I had no idea about the legalities of even using photos for books. I did know one thing, however, I knew David J. Skal wrote what I consider the best horror book I've ever read (and I've read a few), with The Monster Show. I friended Skal on Facebook, and interacted with him enough. This was not enough for me to say I "knew him" but enough to know he seems very approachable about this topic. So I Googled his name and found his author page, which provided me with his email, and I asked him about how to get photos. He proved to be as approachable as I previously thought as he replied to my email within 2 hours. I added this to my budget.

The third part of my budget was to purchase research articles. I work for two different higher education facilities, which allow me access to their article databases. These databases are enormous, and can provide a large amount of the information I'll need to write the book for free. However, while the majority of these articles are free, sometimes you have get an inter-library loan to get some of the articles. And these inter-library loan articles are often not free. I searched for some articles I knew I would have to pay for to get an idea of how much to budget for this. I found two articles that I felt were exemplary, one cost $6 and the other $36. So I budgeted as though these were the higher end and lower end of the articles I'd need.

They reviewed this for about another week or so, and then sent me an email telling me I won the scholarship. Now some of my colleagues at Paul D Camp are asking if I can do a presentation on my progress as I go. And I still need to contact someone to help me with the methodology, but that's a topic for another blog post. 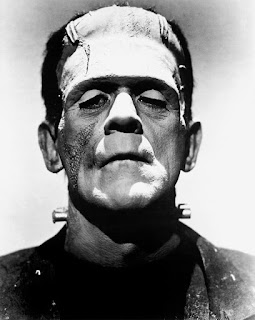