Getting Paid to Write Fiction (and Poetry)

I sold a poem a few weeks ago. I sold it to Teach. Write. which is the publication I sold a short story earlier this year. It is a small literary publication that pays token payments to its contributors. It is a very small payment, but the amount isn't the point. The point is that I found someone willing to pay me to write: fiction and poetry.

Perhaps then today's blog is a good time to talk about getting paid for writing fiction and poetry.

The lowest is of course, zero. the non-paying markets will agree to publish your work, but will not pay you. There is some debate about whether markets that pay in copies of the publication should be lumped here or if they should be added to token paying markets, but I believe there is a majority who believe they belong in the non-paying category. This is becoming a moot point because the majority of these markets are now websites or some other online form these days. I do not submit my work to non-paying markets. It's not that the money is the issue, but the prestige. I just need someone to say this piece that I wrote is worth something, even if it is some small amount. For me, there has to be some acknowledgment that what I wrote was "good." (A subjective statement at any level).

Then we get to the token paying markets. These generally pay some small, flat rate for contributors. While many would debate where the defining line is, most would say the lowest rates are around $5 and go as high as $25. However, I think most would say they really end when you get paid by the word, a penny per word or so. This is where I am as a writer currently, although I have submitted to higher paying markets in the past and received rejection slips from them. I do have a few stories out in consideration at higher paying markets at the present time, and I feel they have a better chance this time around, I have not made any of these sales yet.

Then we get to semi-pro rates. According to Duotrope's Glossary of Terms, semi-pro rates go from 1 penny per word to 5 cents per word. If you don't know, Duotrope is an online listing of publications for, mainly, short stories and poetry. They used to be free, but now charge for their service. If curious, Write Good Books uses the same payment scale, so I would say it is likely very accurate.

Finally, there are the professional payment rates, which is essentially anything over 5 cents per word. Some may even pay royalties, but I believe those are anthology books only, and even then it is pretty rare, unless you are a big name in your genre.

One thing to keep in mind is that money should always flow to the writer. Many people have gone broke in the pursuit of becoming an author, and many others have gotten rich by taking their money for very little service in return. Be careful, but that doesn't mean isn't always to your best advantage to spend money to make money. This is another reason I don't submit to non-paying markets, but if you are desperate to get published, and have been turned down numerous times, sure go ahead and submit to them. Also remember that non-paying does not mean they are scammers. A scam will ask you for money for the "privilege" of publishing your work. Good luck and stay safe out there. And remember: 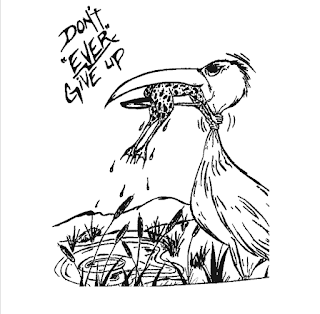